Meet the leadership of Grace 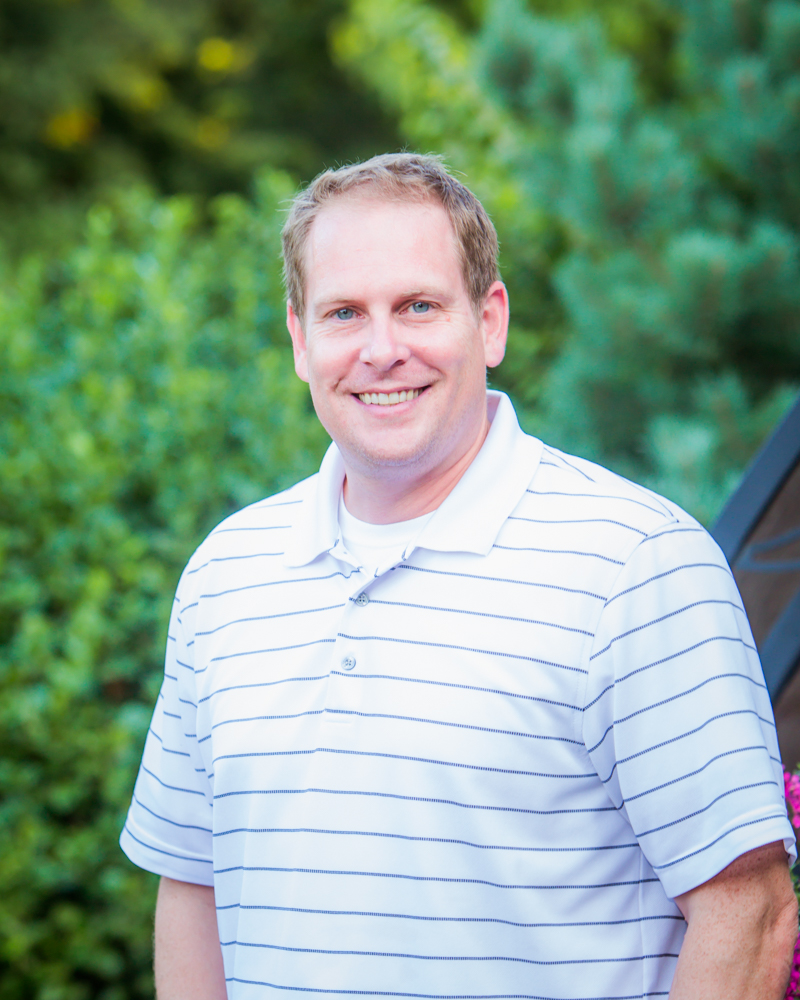 Ryan and his wife Emily are both from Edmond, Oklahoma. After college they spent the year of 1998 in Japan with Mission to the World. When they returned to the states, Ryan worked in sales a few years, and then in 2001 they moved to St. Louis to attend Covenant Theological Seminary. In 2006 they moved to Fort Collins, CO, where Ryan worked as the RUF campus minister at Colorado State University. This time with RUF was amazing for Ryan and for the Baker family. The main challenge was raising enough financial support in a very unchurched area. In the Fall of 2011, after five years with RUF, Ryan resigned due to funding challenges in the ministry, and in the Spring of 2012 their family (Ryan, Emily, Grayson, Coleman, Meredith and Bonnie) moved back to Oklahoma where Ryan worked in sales. After two years, Ryan returned to full-time pastoral ministry when he was called here to Grace Presbyterian Church in May 2014! The Bakers love Stillwater and have been blown away by the community at Grace.   ryan@gracestillwater.com

The elders at Grace lead our church with a "big-picture" vision of our mission and ministry. They are wholeheartedly devoted to Christ’s Church, and they seek to serve our congregation and our community by humbly offering their wisdom, their time and energy, and prayer. If you need prayer, wise counsel, or ever just someone to talk with about your struggles, you can’t do better than these men. Listed below are the men currently serving: 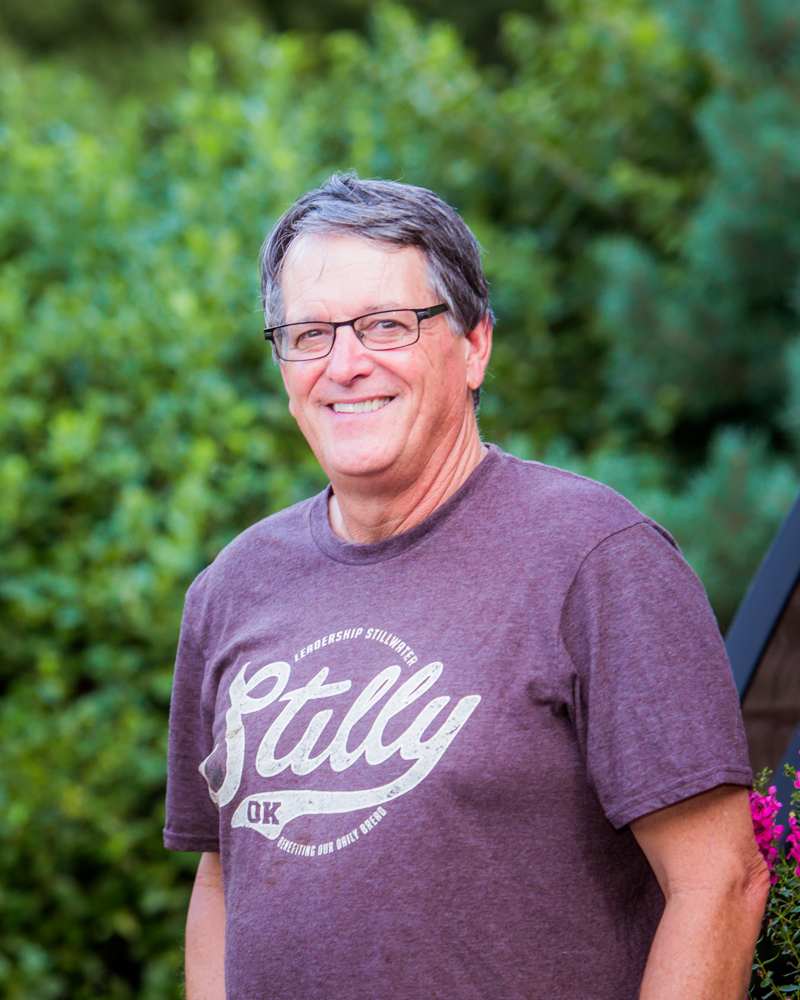 Tom is a native of Enid, Oklahoma, and graduated from OSU where he met his bride of 42 years, Marcia. He then attended OU medical school and finished his residency in OB/GYN in Tulsa in 1984. He and Marcia moved to Stillwater in 1985 where he began and continues to practice at Stillwater Women’s Clinic. Marcia is a fulltime, professional volunteer and was instrumental in starting the Wondertorium and serves on the boards of Stillwater Community Health Center and M-power. They have two grown children. Elizabeth, who is a fulltime mom and Disney travel agent, lives in Tulsa with her husband Tim, who is a critical care physician. They have two beautiful children, Maggie (b.2006), and Greta (b.2008). Their son Bryan is married to Ashlie, and they are living in Rochester, NY, where he will be directing the 2019 Senior PGA tournament. Tom and Marcia have been attending Grace since 2004, and Tom has served as ruling elder for 11 years. They are excited about what God is doing at Grace and the truths of the reformed faith.  takarns@msn.com 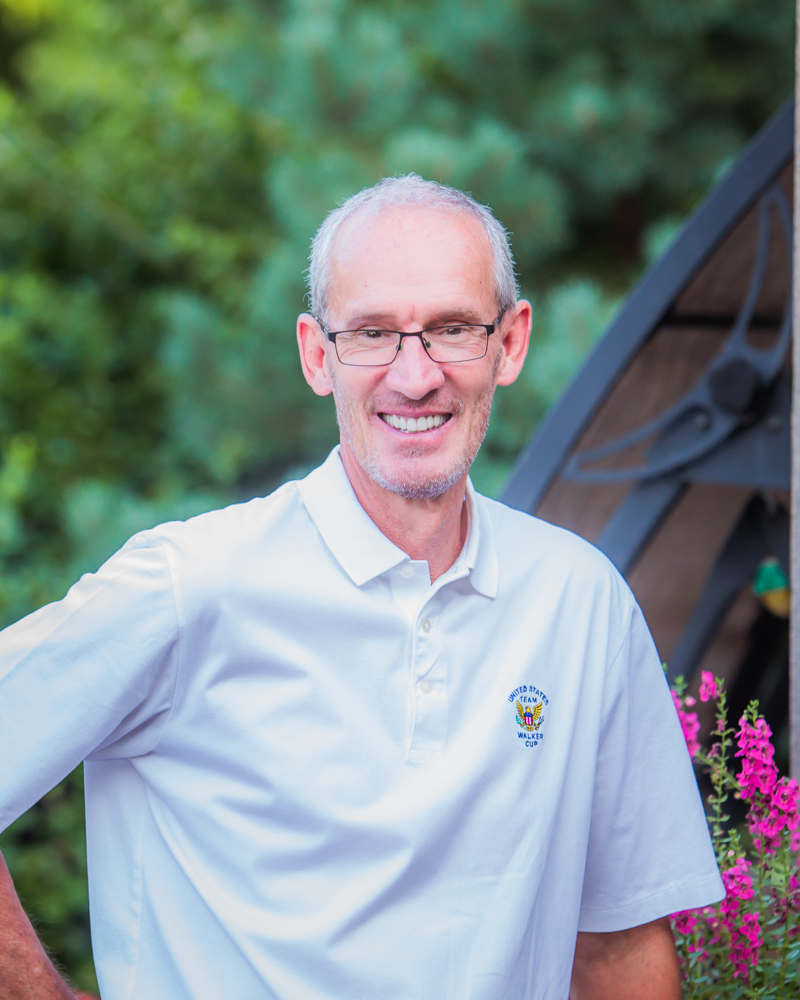 Eddy and his wife Susie were invited by their son Jonathan and his wife Claire to move to Stillwater in 2013 on the rumor that they would become grandparents. (Although, in God’s perfect providence their journey to Stillwater and Grace Church started many years before.)  In 1975, Eddy’s father was called to be a pastor of a small church in Oceanside, California, where he met Susie at a church picnic.   After their schooling, Eddy and Susie were married and moved to Portland, Oregon, to start a business and a family.  Soon, they were blessed with two sons, Joel Thomas (JT) in 1981 and Jonathan David in 1985.  God chose to receive JT into glory in 1993, and in His goodness and healing blessed their family with His gracious gift of hope and an adventure with Jonathan that led to Stillwater.  In 2004, Jonathan was invited to play for the OSU golf team, and it was during that time that he met his lovely wife Claire and his Covenant family at Grace Church.  And it is in those relationships, that the Moores have been richly blessed.  At Grace, Eddy and Susie have witnessed many covenant baptisms, including Jonathan’s in 2005, and their precious grandchildren's, Adelyn Grace in 2015, and Jeffery Thomas (JT) in 2017.  “Oh, give thanks to the Lord, for he is good; for his steadfast love endures forever!”  (Ps. 118:1)  edmoore123@gmail.com

A deacon (a word that means servant) carries out the works of mercy and service in the Church. He tends to the poor inside the church and out and takes care of the church’s financial and practical concerns. He is a man you would feel comfortable talking to if you need help. 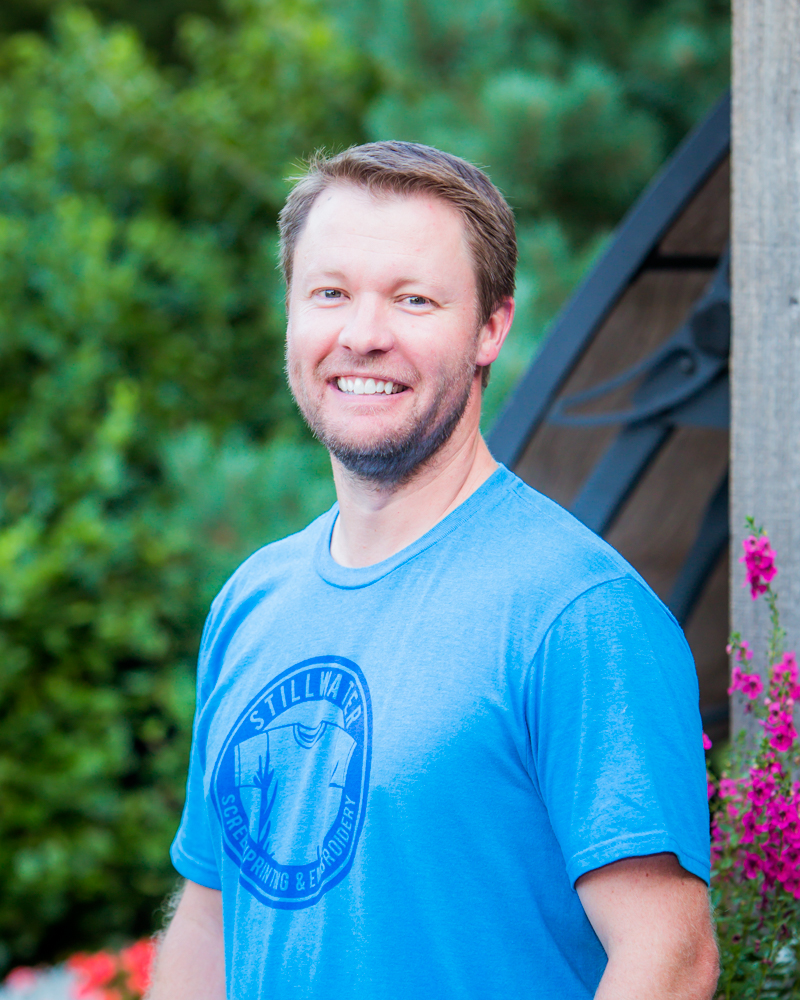 Aaron was born in Tucson, Arizona but moved to Stillwater at the age of 14 and has never left.  During his time at Oklahoma State University, Aaron attended the Navigators and quickly found his passion for reformed theology.  His desire for spiritual growth lead him to the PCA denomination.  He drove 45 minutes each Sunday to attend church, but it was well worth it--during this time he established a solid foundation of how important the church is.  Another perk of his time in the Navigators was his meeting his future wife, Teri.  Though it took nine years from the time they met to marry, he knew he was marrying his best friend.  They now have three rambunctious boys--Jett, Pryce, and Axton.  Aaron has been involved with Grace Church from the onset.  His roles have changed over the years, but one thing has remained--he loves this church.  He now serves in a deacon capacity and finds great joy in meeting the needs of those he comes in contact with.     aaronchopchop@gmail.com 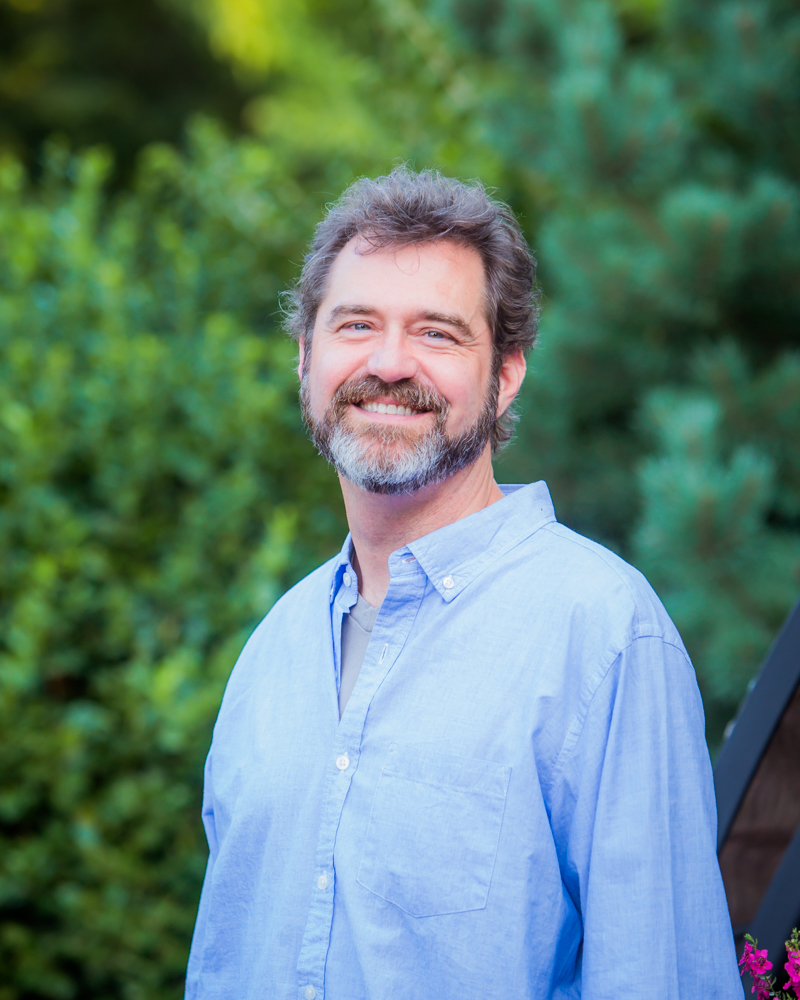 Chad grew up overseas (oil, not ministry).  When his family returned to the States they settled in Ponca City in time for Chad to attend to high school.  This led to a lifelong love of Oklahoma, Ponca City, and Marsha McKinnis.  Chad moved to Stillwater to attend OSU and decided never to leave.  He is the director of the Office of Scholarships & Financial Aid and feels very blessed to work on such a beautiful, exciting campus, filled with so many great people.  He and Marsha have three wonderful children - Lydia, Norah, and Donovan, who all grew up in the Grace family (Norah was the first Grace baby!).  Chad enjoys being with friends and family, going to the lake, and playing bass guitar in a local band. cblew@sbcglobal.net 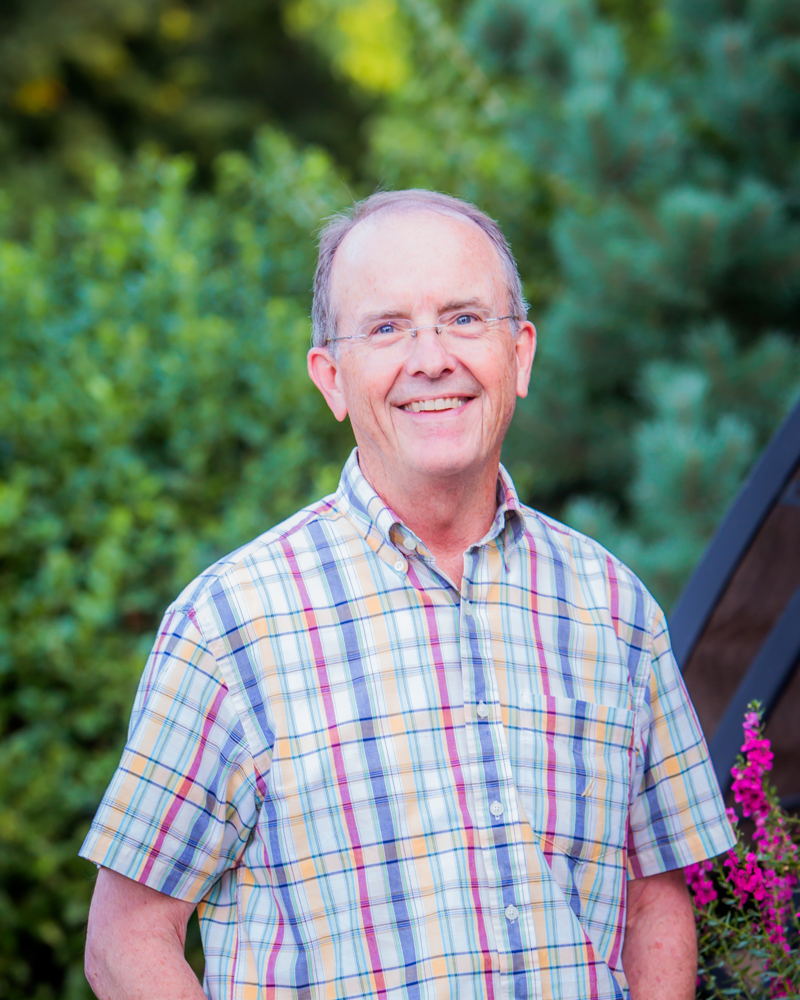 Vernon grew up in Claremore (home of the Claremore Zebras!) and graduated from Oklahoma State University with a BS in Mechanical Engineering.  While at OSU, Vernon met and married the love of is life, Fran.  After college, he and Fran moved to Pampa, TX.  They lived in Pampa for 12 years, moved to Atlanta for a couple of years, and then back to Pampa for 6 more years.  In 1997, they "came home" to Stillwater. Vernon started working in Product Development at Ditch Witch in Perry and Fran began teaching FACS at Stillwater HS.  Vernon and Fran are blessed to have two sons, Christopher (with his wife, Marci and children, Harper, Sawyer and Shiloh) in OKC, and Taylor (with his wife Sarah) in Seattle.  At home they have two dogs, two horses and birds of various kinds. Vernon and Fran migrated to Grace from another local church about 10 years ago, where they were captivated by the unequivocal preaching and teaching of God's word in the Reformed tradition.  Vernon enjoys being outdoors, taking care of their "ranchette" north of Stillwater, and hunting or fishing when he has time (which it seems is not nearly often enough).  Vernon has served as a deacon at Grace for about 5 years.  vstellman@yahoo.com 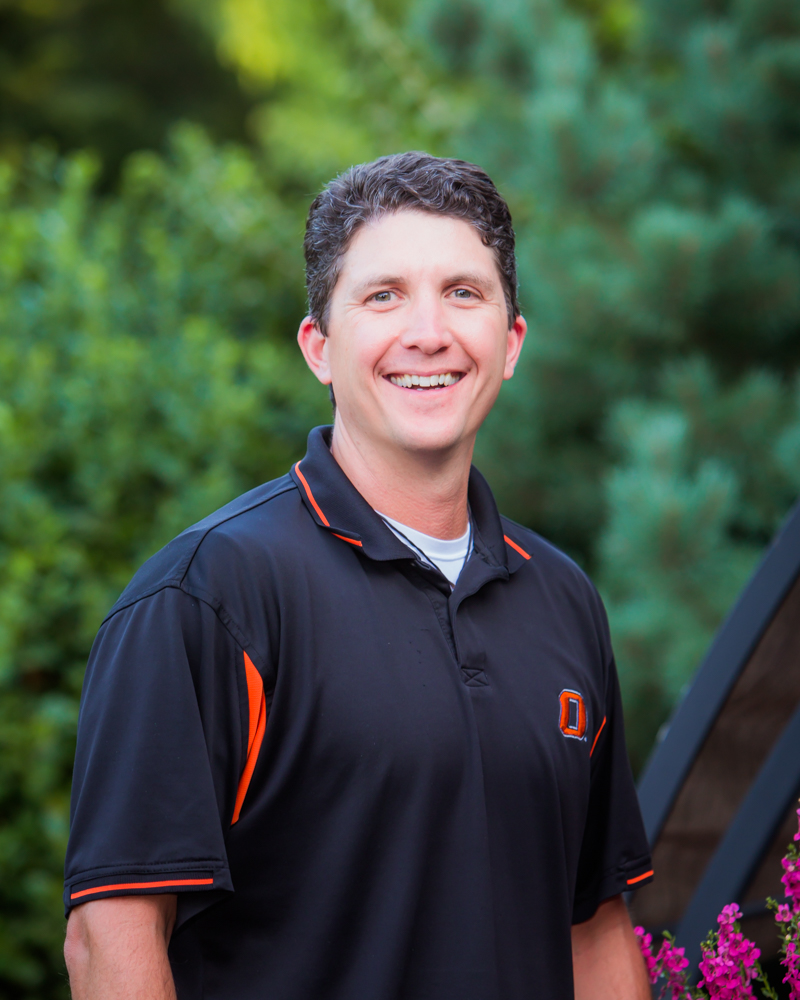 Charles grew up in the small town of Lindsay, OK before moving to Stillwater in 1996 to attend OSU.  He graduated in 2002 with a Bachelor’s degree in Electrical and Computer Engineering and went to work for the OSU Alumni Association as the Director of Information Technology.  Four years later, he transitioned to the OSU Foundation to specialize in data management where he is now the Sr. Director of Data Services.  While at the Foundation, Charles met and married his dream girl, Shelly, who hails from the town of Stillwell, OK.  Charles and Shelly began attending Grace around 2012 and became members in 2015.  In their spare time they enjoy exercising, good TV, motorcycles, kayaking, and most of all spending time with their friends and family.  Their family consists of Shelly’s daughter, Sydney, who lives and works in the Tulsa area, and a whole slew of brothers, sisters, parents, grandparents, cousins, nieces, and nephews.  Charles is truly humbled with the opportunity to serve Grace and the Stillwater community.    camerce@hotmail.com 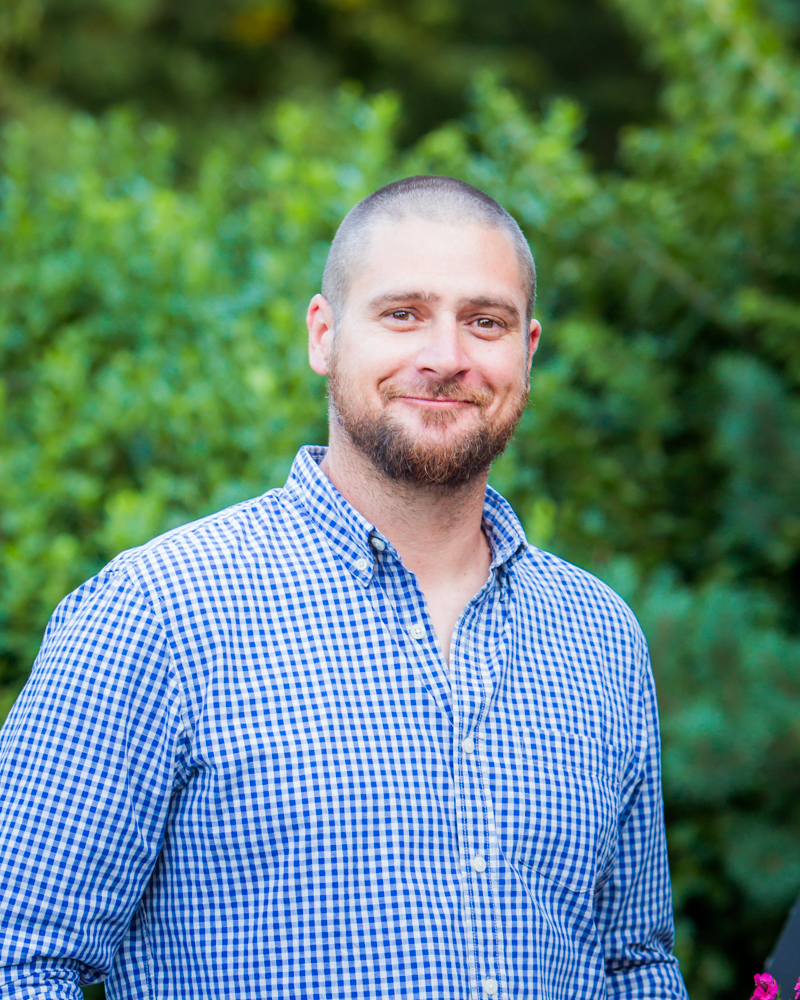 Brent has called this area home most of his life.  Growing up in Perkins, Oklahoma - where he still resides today with his family, wife Katie, son Keller, and daughter Brinkley - he is a photographer and office manager by trade.  He met Katie at Oklahoma State where they were both involved with Campus Crusade for Christ.  After earning his degree, and a brief stint in Columbia Missouri helping with K-Life, he returned to marry his wife and begin his adult life as Youth Minister at a local church.  After many years, Brent and his family felt called to attend Grace, and they are very happy to be home.    bbjn_1975@yahoo.com 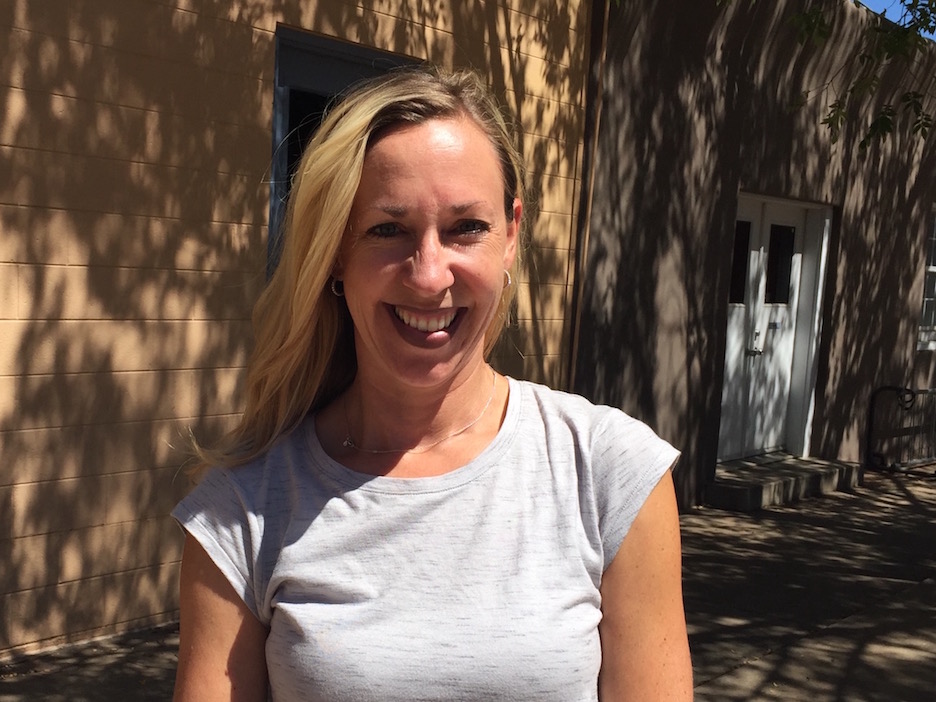 Emily grew up in Edmond and met her husband Ryan in high school. They have been married 21 years, have 4 children, and have lived in Japan, St.Louis, Colorado, and Edmond. In all those locations she was in ministry as a Children’s Ministry Director or pre-school teacher. She has tons of energy and loves using it for Gods kingdom - planting seeds in the hearts of children.  She also loves serving in GraceKids as a ministry to the families: supporting the efforts of the parents to raise their children in the nurture and admonition of the Lord. Scripture memory and understanding the gospel of grace are two particular passions that GraceKids see in Emily’s teaching.   emily@gracestillwater.com 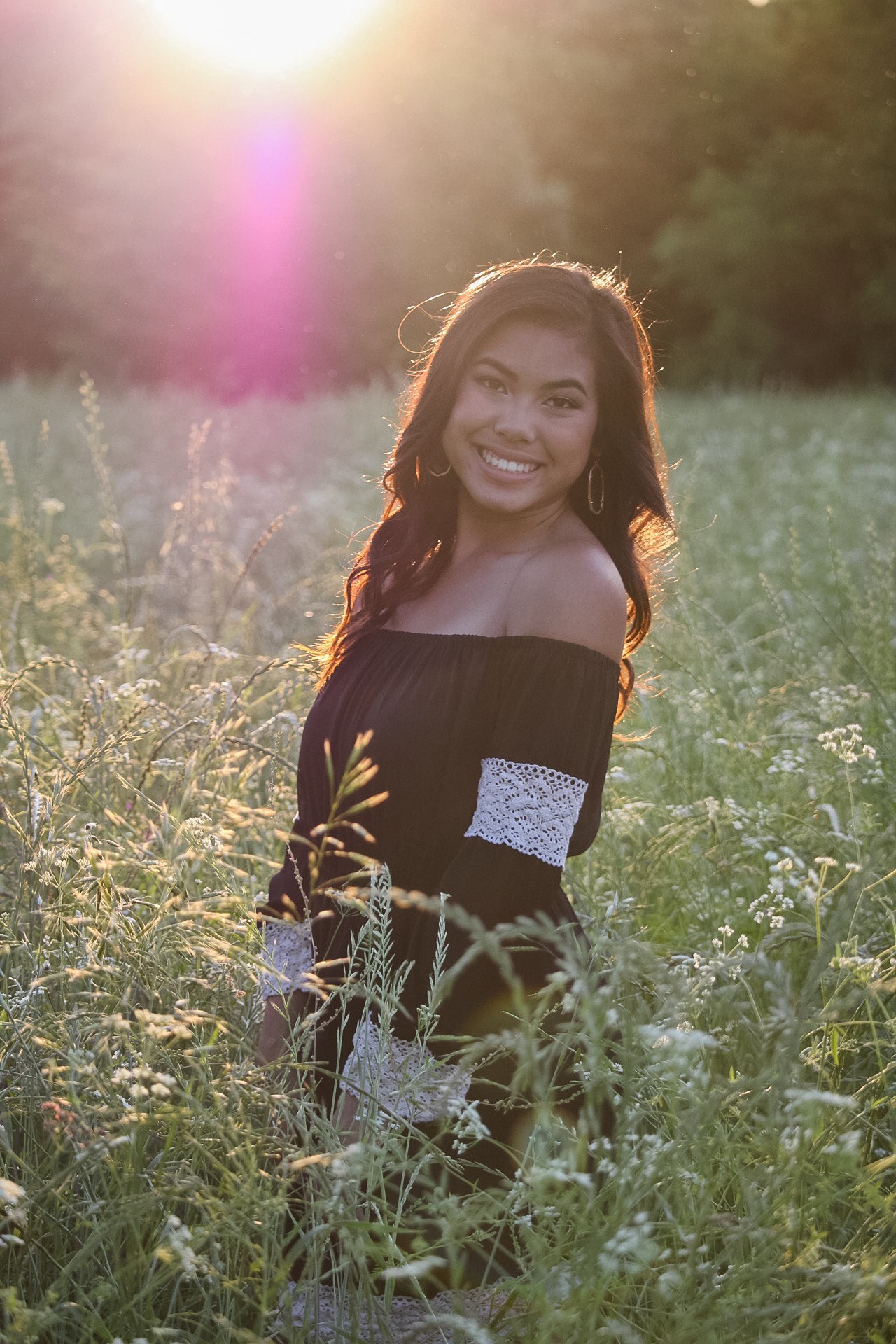 Hey ya'll! My name is Nicole Souimaniphanh (soo-ee-mah-ni-panh) and I am so thrilled to be helping out with the youth over the summer. I am a senior at OSU and am a part of RUF; and some of you have probably seen me at church sitting with all of the other college students (a couple months ago, I became a member of Grace!). Last summer, I was a student ministry intern and absolutely loved my job; that job tied in with my heavy involvement in RUF has shown me that I love ministry so much, and I am so thankful that I have been given the opportunity to help out at Grace. Looking forward to seeing the growth of the students (and me), and for a fun summer! 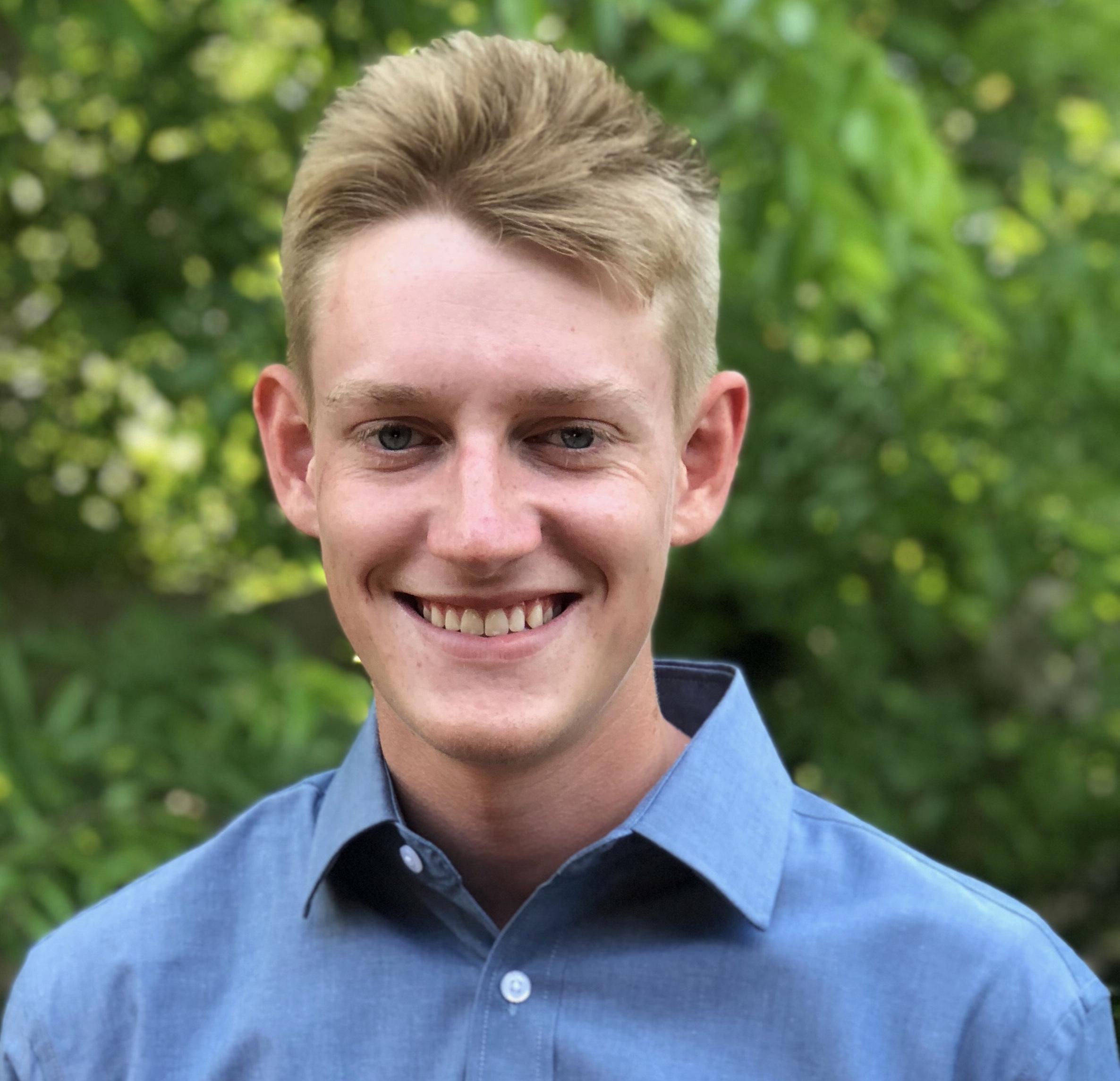 I grew up going to the Grace Youth Group, and I am now a member of the RUF leadership team. I enjoy being a leader and sharing the good news of the Gospel. I am excited for this summer to work with the youth group! 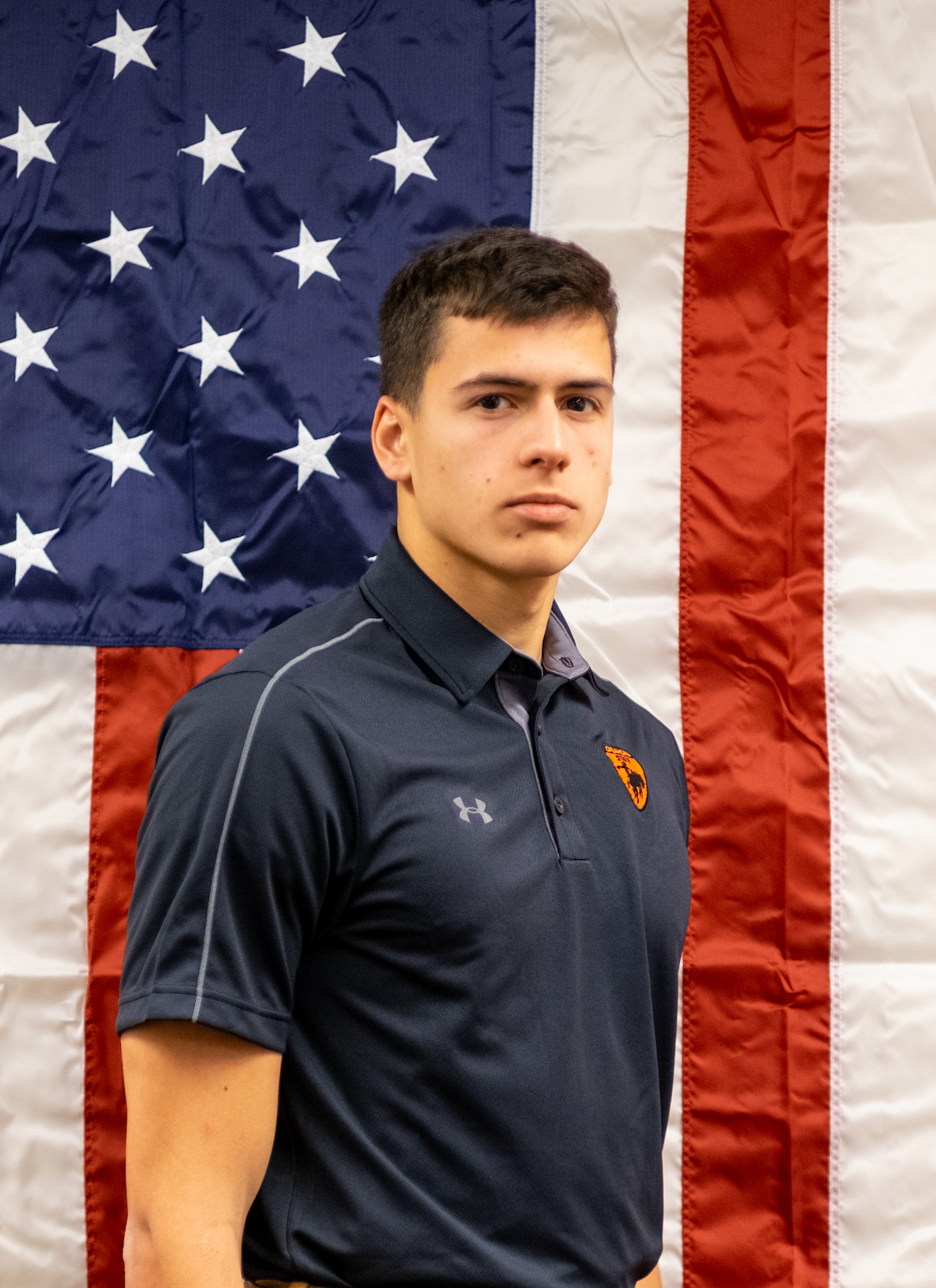 Hey guys! My name is Aaron (A.J.) Sosa. I am a sophomore at OSU studying electrical engineering. I am also a part of ROTC and RUF at OK State. I just recently became a member of Grace (Spring 2019) and am so thankful to have been given the opportunity to serve the church working with the youth ministry. I am looking forward to walking alongside the students and growing together 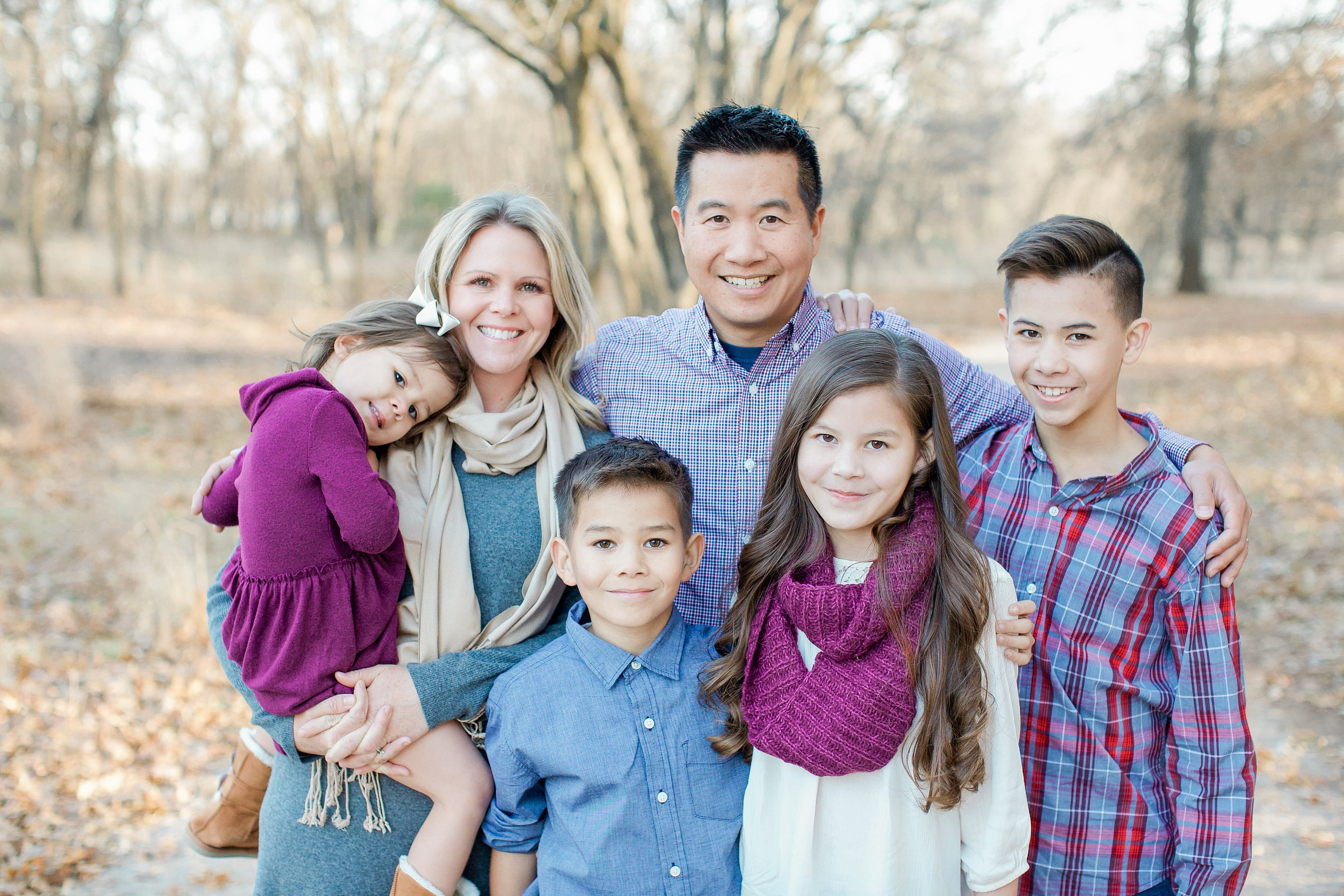 Ronni was born and raised in California and met her husband, Richie, at Santa Clara University where they both attended undergrad. Shortly after graduation, they married and moved to Spokane, Washington. They have been married for 16 years and have 4 children (Jordan, Mackenzie, Owen, and Hannah). Over the years, Ronni has held several accounting jobs, worked for her church in Spokane, and owned her own accounting business. Richie joined the OSU faculty in 2015 and Stillwater has been their home for the past 4 years. They are enjoying raising their children here and love being a part of Grace. They are continually amazed by the community that makes Grace such a wonderful place to worship.
admin@gracestillwater.com